Like many of you, I’ve been consumed with the terrible shooting at the Tree of Life Synagogue in Pittsburgh this weekend.  At the same time, I’m trying to keep my attention on the midterm elections next week.  This November newsletter focuses on these two issues and is dedicated to memory of the thirteen lives taken by white nationalist violence this past weekend, eleven in Pittsburgh and two in Kentucky.

How can we use our spiritual resources to understand and take a next step after this violence?

The news of the shootings awoke in me feelings of fear and rage. I lived in Jerusalem through the Second Intifada and the memories came rushing back. In the days following the shooting I felt something more hopeful and encouraging as many Christian and Muslim friends and colleagues texted, emailed and called to say they were thinking of me and the Jewish community.  Terrible incidents like this serve as a stress test on our relationships and coalitions.  A stress test is administered to buildings and bridges to make sure they can hold under maximum pressure.  Likewise, this anti-semitic violence is a stress test on the strength of our relationships.  I am encouraged to now know that the hours and hours of effort I’ve put into community organizing and showing up as a friend and ally have actually created real bonds of relationship that are now supporting me and the Jewish community.  This is what real coalition work is.  More importantly, it is the most powerful, long-term response we can make to the false claim of White Nationalism that multi-racial and diverse community does not work. 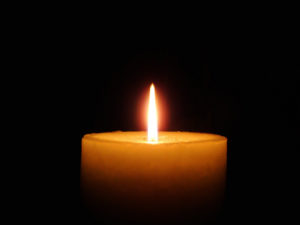 The spiritual angle in undermining White Nationalism has to do with how the Yetzer Harah (inner adversary) functions.  The Yetzer is actually a morally-neutral, ME-oriented inner force for survival that always grasps for instant gratification.  According to an ancient Jewish teaching (Talmud Bavli Sandhedrin 92), it becomes an active force when the baby is first separated from the womb at birth.  The Yetzer thrives in separation and isolation.  The more isolated one feels, the stronger the Yetzer will make its demands and the harder it will be to channel it in a productive direction.  The main way we can transform the Yetzer is to turn ME into WE and put ourselves solidly into caring, close relationships.  I like to think of these relationships in terms of concentric circles starting with our families, then the Jewish (or other religious/ethnic/primary) community, then people from different, “other” communities. The further out we can create real, heart-felt relationships, without jumping over those in our closer circles, the more the Yetzer is soothed and will function as a productive, energy-giving force.

The biographies of many of the mass shooters in the US are stories of deep isolation. Some are completely isolated from all people, while others are isolated from anyone different from themselves in very homogenous communities. The ideology of White Nationalism is built on a mythology of separation and superiority of people of Christian European descent.  It is in this type of ideology of division and contempt for the “other” that the Yetzer thrives. We can see this from the quality of our politics and public conversation today.  The best antidote is the hard, yet joyous work of community-building, in our own communities and with people different from us.  I imagine a time when the relationships between the Jewish, Black and Latinx immigrant communities are so strong that we can invite the White Nationalists to come in from the cold of their isolation and join US and the rest of humanity as we build the beloved community.

This is certainly a long way off, but the path to get there is becoming more and more clear.  I encourage everyone to read as much as you can about the connections between the rise of anti-semitism and racism and white nationalism now infesting our country and the world, starting with the resources below.  And, encourage everyone you can to vote next Tuesday, wherever you are in the country. 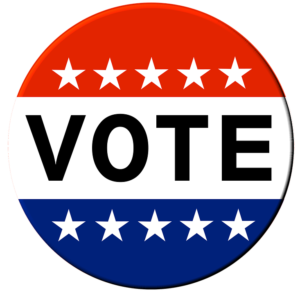