I want to share some brief thoughts about this season inspired by my own practice and living in Israel.  As I mentioned last month I’ve been combining the sefira for the week of the omer (eg. Chesed, Gevura, Tiferet) with the middah that is on my personal soul curriculum for that week.  This Saturday night I began focusing on Anavah/Humility and the Sefira switched to Malchut/Sovereignty, thus this week for me is Malchut of Anavah, or the kingship and dominion of humility.  At first glance these seem like opposites – humility and kingship.  How does one practice sovereignty with humility or humility with sovereignty?  To make things even more interesting, yesterday was Yom Yerushalayim, the day celebrating the return of Jewish sovereignty, in 1967, over all of Jerusalem, including the Western Wall and Temple Mount.  This past month in Israel the triumphs and heartbreak of Jewish sovereignty are ever present though Holocaust remembrance day, memorial day and independence day, as well as the conclusion of forming a new government. 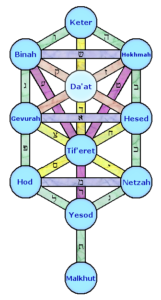 As Rabbi Yitz Greenberg, and others have noted, the founding of the State of Israel marked the formal return of Jews to power.  Politically powerless for close to 2000 years, Jews now have a modern state with an army and an economy and all the things that give power to influence events in the world.  How we are to use this power may be the most compelling question facing contemporary Jewry.  Enter Malchut of Anavah.  Just as it is important for me on a personal level to figure out how to combine sovereignty with humility, so it seems crucial to our spiritual well-being as a people that we figure out how to exercise sovereignty with humility.  Events yesterday in Jerusalem give a stark example of sovereignty without humility.  Each year on Jerusalem day there is a Jewish parade through the Muslim quarter of the Old-City with Israeli flags waving to demonstrate Jewish sovereignty over all of Jerusalem, including predominantly Arab areas.  Invariably there are violent clashes between slogan chanting Israeli Jews and angry Palestinians.  There is growing opposition to this march among Israeli Jews and counterdemonstrations this year were the biggest ever.

While Israel has much bigger challenges than this parade I think it symbolizes the struggle to exercise malchut with anavah.  Can we be a fully powerful nation that, to paraphrase Alan Morinis, is “right sized.”  Can we take space and assert sovereignty when called for, and pull back and give space, when that is the prudent move.  On a political level conservatives and progressive will have different instincts for what type of anavah is needed at any moment.  Nevertheless, I think it is important that we ask the question in spiritual terms.  Just as we do in our individual spiritual practice, a nation can also ask, “What is the best way to manifest malchut and anavah in this situation?”

May this omer period help us transform not only into wiser and more balanced individuals, but may its influence extend to our people so we are truly a wiser and more spiritually balanced nation acting with Malchut d’anavah on the world stage.