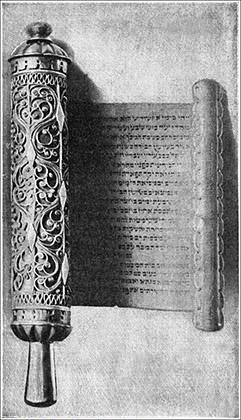 The Talmud tells us that Haman was pleased when he picked the month of Adar to destroy the Jews because Adar seemed to have auspicious qualities for his evil plan. It was the month that Moses died and there were no other holidays. His thought process assumed that the nature of a particular day or month created a fixed reality that could be relied upon to predict events. This idea is called Mazal, which is literally a zodiac sign. If you are born under Mars you will be a warrior. Of course he was wrong and not only because Moses was also born in Adar. He was wrong because, as the Talmud tells us, Ein Mazal L’Yisrael – The Jewish people are not bound by Mazal. The kind of forces that might determine the future for some, do not irrevocably set the course for Israel. The only force Israel is dependent on is God.

This is like in a dystopian video game fantasy film, where the game master can intervene at any time and override the rules of the game. God created physical rules to guide nature and these include Mazal. But, as the gamemaster, at any time God can override those rules.

Rabbi Nosson Zvi Finkel, one of the great Mussar leaders of the early 20th century, writes that real freedom is believing that God is involved in and aware of everything. This is freedom because it means you are not essentially bound by the rules of nature. You may live your entire life within these rules, but the possibility is always there that these rules do not confine you. In an important way, anything is possible.

While this is a difficult theology that I have trouble grasping, I can relate to the suggestion not to be fooled by the rules and structures within which I live, that I have no alternatives. Change is always possible. This may be one of the key messages of Adar and Purim. No matter how stuck and determined things seem, the possibility of complete reversal and change is always just below the surface.

What aspect of your life seems stuck and rigidly bound by “what is?” What can you think about, pray for, and do to demonstrate to yourself that Mazal doesn’t determine you?

May we be blessed with being surprised at what is possible this Purim.